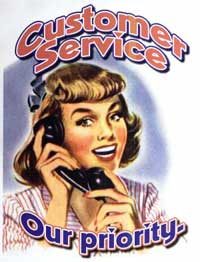 I got sloppy about taking care of some personal business today and, as a result, found I’d best choose a speedier than normal route to completion. Doing my very best to protect the actual name of the organization in question, I arrived at their doorstep expecting to pay a premium for speedier service…and was fine with that. I joined the end of a fairly long lineup and was fine with that, too–punishment for my own tardiness, I chided myself.

I was patient in line, despite the five or six people in front of me, however, I wasn’t all that patient with the customer service rep behind the counter. Boy, if I’d only had a match, I’d have lit a fire under her! What was she thinking?

The building in question boasted one whole wall of windows (I’m sure many an employee would love to have such a view their whole workday through!). The day was an early spring stunner. Warm. Bright. Sunny. If you had to be inside–whether customer or employee–the expanse of windows were a pleasure and consolation, indeed. And all six along the horizontal way, were opened! Perfect for feeling the breeze.

While still in line, I heard one service rep tell the other that the windows should be closed, as the air conditioning was on. The first person made this comment to the second because it was the second person’s idea to open all the windows in the first place. Know what I mean? Granted, because we’re all so mad these days about energy conservation, being green, etc., I understood the logic about closing the windows, but the rep who felt obliged to do so promptly dropped what she was doing, mid-client, came from behind her station and merely shuffled over to close each of the six windows. This, while the customer being served remained at the counter, somewhat dumbfounded that she had been abandoned pretty much mid-sentence. The rest of us “linesmen” were sporting similar perplexed faces, too! What was to be said? What was to be done? Count to ten or recite the classic Serenity Prayer, perhaps? We were at their mercy.

Finally. My (unlucky) turn, now. Why unlucky? I got the slowpoke. I explained my need for the speediest service possible. I was offered two options, each with their own special, company specific names (which meant nothing to me, as the jargony names were not self-explanatory). So I asked the obvious question, “What’s the difference, price-wise?” My rep’s response? “I have no idea.” Honestly, that was her response. “I have no idea”! I wondered if I was on Just for Laughs and the man with the hidden camera was about to pop out and tell me I’d been had! But no. This was real life, and this was a real, everyday customer service rep and real–unfortunately– everyday customer service sloth. And so I was obliged to ask then next obvious question, “Well if you don’t know, can you find someone who does?” And she did. The thing is this, do we really have to teach and train people to do the obvious/to take even the most basic of customer service initiative? Isn’t this a no-brainer??? Isn’t it obvious that you don’t drop what you’re doing mid-client to go shuffling along to close six windows? Isn’t it obvious that if you have, “no idea”, then find out? Is it the customer’s job to give direction to the staff member?

Whether private or public sector–especially in these trying days of tight, tight, tight money and consumers’ competing options for purchasing services–we’d all better smarten up and plan to do better, fast, if we want to stay in business! Most of the time customer’s do have choice, and more times than not–usually without companies ever knowing why–given a good enough reason (like service rep sloth!) customers will exercise their options and choices with their feet and with their wallets!