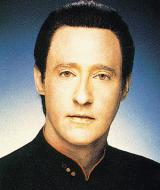 Organizations are suffering from “Acronymitis” and “Business Speak”–inflammation (or expansion) of acronyms and jargon.

There has been heightened awareness, and some lip service, to pulling back on acronymitis and business speak in communications, but it still exits to such a degree that many organizations publish an internal book of company acronyms, which they toss to new hires declaring, “better learn all of this…and fast…if you’re going to survive here!” A new employee would be “dead in the water” without it. It’s like how I used to be “dead in the water” when I was first forced to watch Star Trek: The Next Generation. When, “Commander Data” would talk about the technicalities of a “quantum fizzure rupturing the Space Time Continuum” I would laugh uncontrollably–my family could count on that! It was techno-garb! It was gibberish! It was stupid! Why couldn’t everyone else hear that it was gibberish? I’d ask my husband, “do you really” understand what they just said?”, and he’d enthusiastically nod affirmatively with a face that suggested, “doesn’t everyone? You Trekky Flunky!”

What stamina technical trainers have, and such profoundly good memories, too, for holding and disseminating scads of ever changing organizational acronyms, jargon and information! They, too, are experts at “techno-garb”. In what seems to me, another lifetime, I started in organizational development in the 1980’s as a technical trainer. I trained employees in grueling 10 to 12 solid week programs, which covered everything from policies and procedures, to required forms, to right attitudes of service excellence, team building, effective telephone communications and dealing with conflict and difficult people.

Corporate Orientation was one of the training days which every trainer wanted to pass on to someone else. Everyone would look for “Mikey” to do it! Let’s face it–we thought it was Bor-ing! And the org charts! Oh, the org charts! And the plethora of acronyms! (including F. I. P. P. .A. !)–YUCH!

I would painstakingly go over all the boxes on the Organizational Chart, describing the main functions of each division and branch. One division was always referred to in acronym form–S.P.A.D. Lord knows how, through countless corporate orientations, I managed to describe S.P.A.D.’s function without anyone ever asking what this acronym actually stood for!

Have you ever gotten yourself into a situation where you let “it” go too long and then, if you were to admit that you didn’t know this “thing”, you’d feel like a total professional idiot? Well, this is how I felt about S.P.A.D. It bordered on shame and I felt sure I was the only one who didn’t know what S.P.A.D. stood for!

One day I got the chutzpah to ask a fellow trainer, “Hey, do you know what S.P.A.D. stands for?” Can you imagine my surprise (and delight) to find out that she, too, didn’t know the truth of S.P.A.D.? We both laughed and felt relieved that we weren’t “the only ones”.

We mustered up the courage to do a secret survey to see who else among us held the shame of “S.P.A.D. ignorance”. Finally, some one trainer knew what it stood for: Strategic Policy and Analysis Division! 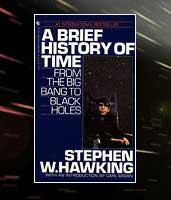 The pretense of “knowing”, that so many of us are willing to play out at work, reminds me of what Stephen Hawking has to share in his book, “A Brief History of Time”. People buy this book–some actually read it–many pretend to understand it, but I suspect few of us really get it. It also reminds me of the story of the Emperor’s Clothes. We know that the Emperor isn’t wearing any, but everybody goes “ooh, awh, what a beautiful outfit!”, out of fear of the Emperor’s positional power and out of lack of personal/professional confidence to believe what their own experience of the situation is saying. The Emperor’s subjects would rather lie the lie of omission because they’re too afraid of his judgment, and they’re too afraid to lose face. It takes a lot of courage and openness to speak up and stick out. In the Emperor’s Clothes story, the truth is finally spoken by a child–out of the mouths of babes!

This same scenario happens all the time in workplaces; this happens all the time in meetings. How many times can you recall nodding, along with the others, in agreement with an idea, feigning understanding, only to walk out of the meeting to discover that no one really understood what was said, and no one spoke up? And, if someone did speak up, often times it was the “green, new kid on the block” who didn’t understand what was politically correct in your area or on your team — the mouths of “babes” all over again! Business Author Jerry Harvey’s “Abilene Paradox” strikes again (a whole disagreeable and disgruntled family, hot and sticky from the 100+ Fahrenheit Texan weather, all pile into the family sedan and travel long distance to Abilene–this “no-where’s-ville place in the middle of the hot, dry, tumbleweed Texan desert–just to eat in a local cafeteria, just to give them all something to do). Everyone went to “Abilene”. No one really wanted to go there, but each one thought that everyone else wanted to, so they “went along for the ride” to keep the family peace! Ever “gone to Abilene”, yourself…with your team…to keep the team peace, without ever actually leaving your office, at all?…and then later, regretted that you did?

Remember I mentioned the acronym “F. I. P. P. A.” at the start of this article? It’s a piece of legislation, “Freedom of Information and Protection of Privacy Act”, which, amongst other things, champions our right to have access to information which is officially documented about us. It also champions that once we have that access, we also have a right to be able to understand what it says! You know in your own organization that you can talk in full sentences while only using internal jargon and acronyms; well this happens in a lot of official written reports, too. Unless individuals layoff the written workplace jargon and acronyms, being able to cast your eyes on your own documents may be of no use, and who else may not be able to read them, either? The funny thing is, most people refer to the “Freedom of Information and Protection of Privacy Act” as an acronym! Ahhh the irony! It’s along the same line as why isn’t “phonetics” spelled phonetically? Irony is everywhere!

Experimenting with new workplace communication strategies takes time, effort and skull sweat, for sure; there’s no doubt it’s easier to just keep on doing things the same old way. But, if you’re secretly tired of the results you get from that same old way, and if you don’t want to experience periodic waves of feeling professionally inadequate, these suggestions may yield rewarding results. As Captain Jean Luc Picard would say, “Make it so”.

P.S. I’ve learned to love Star Trek: The Next Generation, over the years! Great lessons from Jean-Luc Picard in team building and leadership, and, yes, there really is a rupture in the Space Time Continuum–I bet you can feel it some days, too!