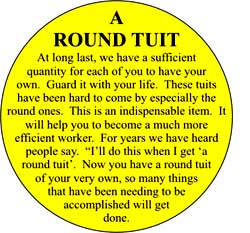 The Importance of the Follow Through in Work and Life

Wishes and dreams of what you might professionally do “one day” aren’t goals until you take a little action. And those fledgling goals, born of a little action, don’t grow up and truly manifest at work or elsewhere unless you persevere and believe.

A dear friend recently shared with me the following passage and philosophy, and applied it to the talent of fine and enlightened parenting:

I bring you the gift of these four words: I believe in you. — Blaise Pascal

Whether as a parent, friend, colleague or boss, wouldn’t it be teriffic if we all found the time and capacity to declare that sentiment to those we cherished in our personal circle? to those in whom we truly believed? And wouldn’t it also be wonderful if you gave that gift to yourself a little more often, too…and really meant it (because, let’s face it, sometimes there just isn’t always the right person available to cheer you when you could surely use some encouragement).

“I bring you the gift of these four words: I believe in you.”

I offer you the following three Working Wisdom tales, over three consecutive days, in the spirit (no pun intended) of Charles Dicken’s, “Ghosts of Christmas Past, Present and Future”, from A Christmas Carol. All three are true stories shared to illustrate my point about the power of believing in your favourite others, and also in yourself:

Story One (“The Ghost of Wisdom Past”): The Music, The Blitz, The Denial and The Cost

My mother was awarded a university music scholarship during WWII. She was a budding Contralto classical singer and a promising classical pianist, as well. Born and raised in England, she lived with her family about thirty miles from London. Although she pleaded and implored her parents for permission to go to school in the city, they, understandably, denied her. The Blitz was on (eight straight months of heavy bombing from September 1940 until May 1941) and my grandparents had no intention of losing their beloved and talented girl over a music scholarship!

Demonstrating some of the quintessential dark side traits of a Cancerian/July baby–changeable and moody, overemotional and touchy–my mother declared she’d never again sing nor play piano. And she didn’t. It wasn’t that my grandparents didn’t believe in her–they did, but forced to choose between two coveted values, one obviously far outweighed the other. When the war was over my mother could have returned to music, and perhaps should have, but by then she felt the window of opportunity and the momentum she built in 1941 had been dissipated. She’d enrolled in secretarial school instead, and her professional dye was cast until her retirement in 1993.

Years later, for my 32nd birthday, I bought myself a piano. I so wanted my mum to, “Take that baby out on the road and give it a good spin!”, but she would not. Not ever. And believe me, I asked lots! She declined my every cajoling, not out of meanness; I understood that. She just didn’t believe in her musical self anymore. She felt she’d lost forever her musical mojo, long, long ago. I, on the other hand, figured if the talent was in there in the beginning, it was still in there somewhere now. But my mum never again dared to explore her once confirmed musical gifts and further potential. And so a beautiful talent, inside this beautiful, kind and caring woman, got all wrapped up early in life and was never unwrapped again.

The moral of this first story, as I see it, is this:

I suspect that my mum would have played it differently if she’d had had the benefit of “The Ghost of Wisdom Past” giving her a second chance. If she’d had the chance to do it all over again she’d probably have sung more songs, and gone Back to Bach…and Paganini…and Tchaikovsky and…

Like Scrooge, if your “Ghost of Wisdom Past” allowed you a “take two/do over” opportunity of your career focus (or your life focus!)…to wake up on “Christmas Day” all over again, would you create a new “morning” or a new “mourning”? What would you change in such a case? What would you do with your new enlightenment? What realistic morsel from this fantasy can you still implement right now?

I welcome your input and will gladly add your thoughts, either anonymously or acknowledged, as a footer to each story, if you will kindly send me your feedback via email at: nina@ninaspencer.com, placing the words “WW Story 1” Feedback in the Subject Line.

For more insight into unearthing your “gifts”, see my back issue Working Wisdom article entitled, Are You In the Company of Strangers, which explores “The Unknown/The Hidden Potential, via the Johari Window–excerpted from pages 37 – 45 of my book, Getting Passion Out of Your Profession.

Story Two (The Ghost of Wisdom Almost Present): My Lady Dianna: An Eloquent, Funny and Insightful Communicator About Whom Most Have Never Heard, Nor Read

*But if you’re impatient and keen to know what’s next, sooner rather than later, I invite you to “sneak peek” by going to my website link: “Getting Around To it: The Importance of the Follow Through in Work and Life” and read all three tales on the theme of “believing”, all in one go–epilogue and all!