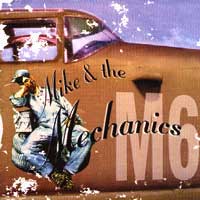 “You can listen as well as you hear”, so says the song “The Living Years”, by Mike and The Mechanics. But can we? Do we…day-in and day-out? Can most of us do better, when it comes to honest-to-goodness listening? How about yourself? Do you see the links between your personal sense of leadership, your ability to demonstrate effective listening and getting more of the results you desire and expect?

Warren Bennis (one of this generation’s greatest authorities on leadership, who teaches and runs a center that studies leadership at the University of Southern California) states, “the basis of leadership is the capacity of the leader to change the mindset, the framework of another person.” In other words, according to Bennis, leaders get people to reach for common goals by helping them see aspects of the world differently. It helps to know the truth of “where another is at” if you wish to inspire or influence change. One of the subtle and magical ways to help facilitate that in others is to really listen hard to what those others have to say!

How do you get others to care enough to take the time to bother telling you something you may really need or want to know? Listen. Show sincere and patient interest in what they have to say and watch what happens next.

In this respect, Bennis and Disraeli are exactly alike. Warren’s magnificently fine-tuned ‘personal radar’ makes him extremely sensitive and receptive to what other people are thinking, feeling and saying. I’ve never encountered a person who is a better listener who has that rare ability to make you feel as though you were the only person in the world.” (by Steven B. Sample, the 10th president of the University of Southern California, as it appeared in the Autumn, 2000 edition of “USC Trojan Family Magazine: The Art and Adventure of Collaborating with Warren Bennis”). In a nut shell, to be interesting, be interested.

One of the trickiest and hardest challenges you can give yourself, from time-to-time, is to have a conversation without once using the word “I”. Try it, and see how challenging that can be! Remember that old expression, “there’s no ‘I’ in team work”? Once we start into the “I…” this, and the “I…” that, we’re not listening.

Most everyone is periodically guilty of not listening…and there are all sorts of manifestations of this failure in interpersonal communications, by both leaders and others. Look over these Classic Examples of Poor Listening Habits (originally outlined in “A Handbook of Structured Experiences for Human Relations Training”, by University Associates Publishers), and, if only to yourself, admit where you must say, “I do that one…I do that one…and, oh brother, I do that one, too!”:

1. NOT PAYING ATTENTION: Listeners may allow themselves to be distracted or
to think of something else. Also, not wanting to listen often contributes to lack
of attention.

2. PSEUDO LISTENING: Often people who are thinking about something else
deliberately try to look as though they were listening. Such pretence may leave
the speaker with the impression that the listener has heard some important
information or instructions offered by the speaker.

3. LISTENING BUT NOT HEARING: Sometimes a person listens only to facts or
details or to the way they were presented, and misses the real meaning.

4. REHEARSING: Some people listen until they want to say something; then they
quit listening, start rehearsing what they want to say, and wait for the opportunity to jump in and talk.

5. INTERRUPTING: The listener does not wait until the complete meaning can be
determined, but interrupts so forcefully that the speaker stops in mid-sentence.

6. HEARING WHAT IS EXPECTED: People frequently think they heard the speaker say what they expected them to say; alternatively, they refuse to hear what they don’t want to hear.

7. FEELING DEFENSIVE: The listeners assume that they know the speaker’s intention, or why something was said, or for various reason, they expect to
be attacked.

8. LISTENING FOR A POINT OF DISAGREEMENT: Some listeners seem to wait
for the chance to attack someone. They listen intently for points on which they can disagree and then attack or confront.

All people can acquire greater competency at positive listening habits if they choose to take their thinking and behaviours off of “auto-pilot” and start some hands-on steering.

Listed below are a few suggestions which can help: 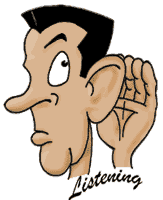 If you really want to be a good listener, force yourself to pay attention to the speaker. If you find the other to be a dull conversationalist, catch yourself thinking this thought and consciously choose to use extra effort to keep focused on the content and feelings the speaker expresses. Also be sure to use nonverbal cues (such as eye contact, head nods, and smiles) to let them know they are being heard and that you are sincerely listening.

2. Listen for the Whole Message

This includes looking for meaning and consistency, or congruence, in both the speaker’s verbal and nonverbal messages and listening for ideas, feelings, and intentions, as well as facts. Be open, honest and vigilant about your possible prejudices, so that you also actively and honestly hear things that you may, otherwise, find personally unpleasant or unwelcome.

Listen to what someone says without drawing a premature conclusion–suspend judgment while the other is talking. By questioning the speaker in a non-accusing manner, rather than giving advice or opinion, a listener can often discover exactly what the speaker has in mind–which may be quite different from what you assumed.

4. Paraphrase What Was Heard

Non-judgmentally paraphrasing the speaker’s words, and asking if that is what was meant, goes a long way to keeping communications open and interpretations correct. If you are uncertain about the meaning or intent behind the speaker’s words, put the onus upon yourself to clarify, rather than waiting and hoping that the speaker will do that for you.

5. Is there anything else I should know? What else would you like to tell me?

Sometimes it’s true, we hope the answer to such a question is, “No”! But, do
realize that when another is finally opening up to tell you valuable details and
information, you might as well hear it all in one shot!

“Listening”, says famed American Psychologist, Dr. Karl Menninger, “…is a magnetic and strange thing, a creative force. The friends who listen to us are the ones we move toward, and we want to sit in their radius (and this goes for customers, collegues and clients, too). When we are listened to, it creates us, makes us unfold and expand. I discovered this a few years ago. Before that, when I went to a party I would think anxiously: Now try hard, be lively. But now I tell myself to listen with affection to anyone who talks to me. This person is showing me his soul. It is a little dry and meager and full of grinding talk just now, but soon he will begin to think. He will show his true self, will be wonderfully alive.”

Poor listening habits can evolve and crystallize early in life and continue throughout, especially if they are never brought to the forefront. Whole families can be masters of poor listening habits and, if you know what I’m talking about, it’s absolutely amazing to observe such a brood when they get together for high holidays or other annual festivities. It can be truly mind boggling! The same goes for whole organizations! Am I right?

When you identify your own poor listening habits, you can begin to make an effort to change them. When you learn to drive you first practice in a parking lot or on quiet streets before you dare to tackle the big, bad roads. This is February…the month to show your sweetheart and other loved ones just how much you care. How about showing them with a bit of heightened listening? Practicing your new dedication to heightened expertise at active listening with your loved ones, first, is safe (like driving in a parking lot) and, if you “muck up ” a bit at the start, they’ll love you anyway (hopefully)! Then take your newly honed listening skills to work, to show cherished colleagues and clients, alike, just how much you care about them, and what they have to say, too!

It’s all right to hold a conversation as long as you let go of it once in a while.