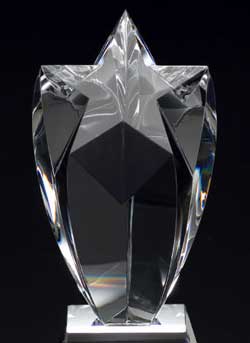 I have just, this past Valentine’s Day, officially launched my new book, Getting Passion Out of Your Profession: How to keep loving your living…come what may! Below is an excerpt from Getting Passion…offered as March’s installment of Working Wisdom special. Enjoy!

To order Getting Passion Out of Your Profession: How to keep loving your living…come what may! for yourself, your team, colleagues, friends or family, please visit us at ninaspencer.com or call 416-588-3334.

Through the years I’ve listened and counseled so many individuals who approached me after my keynote presentations, or during workshop breaks, sharing their secret fears about their professional worthiness. Classic worries they’ve whispered to me, time and time again, include, “If I get downsized, laid off or declared redundant, who else out there is going to hire me? Where else will I find this level of work, with the kind of salary to which I’ve become accustomed? I’m a victim of the ‘golden handcuffs’ and I don’t know if anybody else would want my professional services!”

My heart would ache for them because I knew they really believed that no one else would ever hire them. Where was their sense of self-esteem? How had they lost their professional self-confidence? We can all appreciate how intimidating it must be to update your resume and shop yourself around if you’ve been with one employer for over a decade. Especially if you had the kind of position during that tenure where you were the one in the recruitment and selection chair. There’s definitely, for most, an indirect correlation between years of service with one company and professional self-confidence on the open market.

My advice and response, in a nutshell, was (and is), “If you were really no good here, then you’ll be no good there; others will know it and you’ll have a hard time. But if you really were good here, then you’ll be terrific somewhere else, too; someone else, somewhere else will see your value, even if it takes a little time to find something new. Persevere, believe in yourself and your gifts, talents, skills and competencies, and listen to your intuition.”

Intuition will tell the thinking mind where to look next.

Think, right now, of someone you know who was initially devastated to lose their coveted position due to a downsizing, or some similar reason; someone who held a respected position within one company or organization for many years. Maybe they had a tough time when it first happened but, in the vast majority of cases, a year or two later (when you bumped into them on the street), they probably told you, “It was the best thing that ever happened to me!” Right?

When I chose to leave organizational development within a large corporate setting, years ago, I was overwhelmed at the number of colleagues who took the time to express their farewells. What do you think so many of them said? “You’re so lucky! I really admire you. I wish I had the courage to quit.” To listen to their wistfulness, you’d think I was being paroled from a lengthy prison sentence, and that their parole had been denied! “Someday I’ll quit, too, and start my own business…but not right now”, many revealed. I knew on the day I left that my colleagues were, at least in some part, dewy-eyed because they wished it were them, not me, going.

Boldness has genius, power and magic in it. Begin it now. 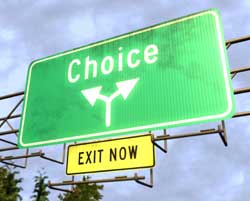 It is almost impossible for anyone, even the most ineffective among us, to continue to choose misery after becoming aware that it is a choice.

My point isn’t that to find your professional passion, you must quit your job. What I am saying is that it’s an amazing and crying shame that so many people would rather be somewhere other than in their current job. For some, it’s not that they don’t like the organization they work for or their profession, it’s just that they’re stressed out or bored to death. Either way, whatever love they once felt for their work is now an echoing memory rather than a current reality. If I conducted a roving reporter survey at lunchtime in any downtown business core, asking, “Have you ever entertained the idea of quitting your job and leaving your current profession?” what do you suppose the answer would be? I suspect that a lot of people would say, “Yes, I’ve thought about it…almost daily!”

You don’t have to quit your job to have passion for your profession, but if you do want to feel more passion for the good work you perform, consciously decide to get clear about how you want to experience your workdays. Passion for any job, from the most modest of frontline positions to the loftiest executive suites, is a choice. If you decide to demonstrate gusto, energy, enthusiasm and passion for whatever job you’re performing, you will gain it! Even if you have to “fake it ’til you make it” for a while, you’ll still reap the same rewards from your demonstrated, impassioned outlook and behaviour.

Did I hear you say, “Easier said than done”?

The expression, “easier said than done,” has been around for a long time. Erase it from your vocabulary. It’s a classic excuse for not even bothering to try. Here’s a replacement: “Just do it.” Just choose to be passionate about your work.

When I hear people say, “Easier said than done”, while arguing why they’d rather stay put, even if they’re miserable, I think of two inspiring passages. The first is from author, Richard Bach’s 1970’s classic, Jonathan Livingston Seagull: “When you argue for your limitations, you get to keep them”. The second is from regarded author and speaker Brian Tracey: “Anything worth doing well is worth doing poorly at first”.

Intellectually, we may see the benefits of adopting a different approach, but habit keeps us stuck in old patterns of thinking and doing. Most of us won’t change until we get a whack on the side of the head to wake us up. Something has to happen. So you lose a parent, or you get downsized, or you get fired, or you survive a serious illness. Some sort of significant emotional event happens that gives you a bop on the side of the head, and makes you say, “From this point on I’m going to put more daily passion and zeal into everything I do, including my work, because life can be so unpredictable and there’s no time to waste on the trivial and the negative.” Isn’t it amazing that so many of us have to experience some kind of physical or mental pain and suffering before we “giddy up” and change our ways? We don’t really have to wait for metaphoric or literal pain to shift to a more positive outlook. We can consciously decide that there really is no time like the present to make the passion shift.

Passion is energy. Feel the power that comes from focusing on what excites you.

Isn’t it a lovely, and even mildly profound, coincidence that, “Significant Emotional Event”, makes the acronym S.E.E.? It often takes a “SEEing” to see the truth about which way to go next. Another name for a “SEEing” is CBK. …Cosmic Butt Kick! Who needs a CBK? Anyone you know? Yourself perhaps? A CBK works like this: The universe says, “I’m going to give you this experience; are you going to get it?” If you say, “No!”, and don’t get it, you get another CBK another day! And then you get another, and another, and another, until you finally say, “OK, OK. Enough already! I get it!” The “eureka” is born and new action follows.

The official month of Passion–February, thanks to Valentine’s Day…a lovely excuse for putting some heart felt fun in the middle of a lingering winter–is now behind us; ten more months of 2006 still lie before you to “passion-it-up” with renewed commitment and love for the good work you perform. Plan on it now. Put your imagined passion into action for the rest of the year and beyond!