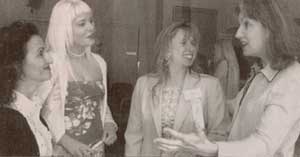 On The Town by Kathi Aitken

The second-annual Athena Awards gala, organized by the Hamilton Chamber of Commerce, was held May 15 at the chamber’s waterfront location at the foot of Bay Street.