Organizations have championed the value and importance of teamwork for over a decade. Now comes the importance of recognizing the adjunct activity of internal and “on purpose” networking. Many people think networking is an on-the-side, personal activity particularly reserved for:

…but employee dedication to broadening personal influence and wisdom, while still within their current workplace, is essential for organizational health.

Networking “on the inside” is not new (just think of how long the term “Old Boys Club” has been around). What is new, is the conscious choice to raise the practice of networking from one of backroom favours, manipulations and hidden agendas, to one of smart business sense, focused on win/win solutions. Networking used to be little more than insincerely and randomly handing out business cards to everyone you meet, at every business (and other) function you attend, while scurrying around the room, ensuring that you make your “hellos” and shake hands with as many people as possible. There is a sincere art to effective and classy networking, and that which I’ve described, above, is not part of that art form! Sincere and effective business networking is about building relationships through effort, time and commitment.

As organizations stop ramming employees into static job descriptions, like square pegs into round holes, and start redefining the activities and nature of their services with each new project, the importance of internal networking increases. Becoming personally masterful at the skill of networking and relationship building is now essential, regardless of employee position or project.

Historically, many organization’s divisions and branches have felt a competitiveness which kept them suspicious and isolated from each other. Partnering rarely happened as a means to a common end. When it did happen, it was usually someone else’s idea. This isolationist thinking between branches still dangerously exists in many companies. Organization that care to maximize employee effort and performance on these new and evolving project teams, need to create and support a new corporate culture–a corporate culture which ensures employees’ right to establish internal networks, alignments and agreements of working together with others, perhaps from unconventional branches, or even outside of the organization, if need be.

Networking increases awareness and commitment, strengthens relationships and trust, and heightens empowerment. Networking creates information, and information is power to move forth; without it, an organization is wasting its resources and spinning its wheels.

Successful entrepreneurs are terrific networkers. So what do you call committed employees with entrepreneurial spirit and vision which they wish to invest inside their organizations? Author Gifford Pinchot (Intrapreneuring: Why you don’t have to leave your Corporation to become an Entrepreneur) calls them…Intrapreneurs!

Contemplate Intrapreneurial Networking by reflecting on:

Now, here are some suggestions for becoming an intrapreneurial networking master, right now, right there, inside your current organization:

When actually attending an internal meeting or conference (particularly one where you are exposed to other employees you’ve never met), remember to: 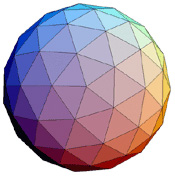 In the words of Author Harvey Mackay (“Dig Your Well Before You’re Thirsty; The Only Networking Book You’ll Ever Need”, Currency Doubleday, 1997), “A network provides a path, a way of getting from point A to point B in the shortest possible time over the least possible distance…a network is an organized collection of your personal contacts and your personal contacts’ own networks. Networking is finding fast whom you need to get what you need in any given situation and helping others do the same.” And…”you need to be open-minded and closed-mouthed in order to reap the benefits of building a geodesic network.”

How is your net working?