My first adult style “hit” of the power of perspective and perception occurred to me years ago while reading one of my second year university psychology textbooks. The reader was asked to read the following three sentences (each encased in individual triangles):

Go ahead. Re-read them, aloud, for yourself. If you’re like most people you probably read, “Paris in the spring; Two peas in a pod; and Pop goes the weasel.” Not, “Paris in the the spring; Two peas in a a pod; or Pop goes the the weasel”! Look at these three sentences again, right now. See what you (probably) missed? Most everyone misses the second “the” and “a”. Most of us edit what we don’t want to see, or think is irrelevant or redundant, when it comes to reading text and, perhaps also when it comes to experiencing ourselves and the world around us. It’s not always a conscious decision to stick our heads in the sand…it’s merely an auto response once we think we know everything we need to know about getting on with our jobs and our lives in general. And, once we’ve decided that this is so, we won’t see it another way!

Take an example from private life. Most everyone has been on one end or the other of this kind of situation: Someone with whom you live is looking for the kitchen scissors (or, fill in the blank with one of your own often used items that regularly goes astray somewhere in your house). You’re the one who is always asked the whereabouts of any given item. “They’re in the second draw beside the stove”, you reply. Away goes the other, explores the drawer and, before long, comes back to you, saying, “They’re not there!” “Yes they are; go back and look again.” Back they go (perhaps with righteous indignation at your arrogance), and then, a few moments later, once again, they return to you, insisting that those rascal scissors have obviously grown legs and have up and walked away all on their own! Mildly exasperated, and quietly looking to the heavens for patience, you abandon what you were doing, march into the kitchen, pull out the second drawer and…viola-no scissors! Just kidding…there are the scissors…just as you said.

Was the individual, who was looking for the scissors, purposefully plotting to harass you? Did they decide, “I’ll pretend I can’t see the scissors, and go back and forth for a couple of rounds, insisting that they’re not there, just so that I can see__________have a minor temper tantrum!”? No. It generally has nothing to do with the person who knows where the real or metaphoric scissors are located. It has to do with the individual who, once does not see “the thing”, will not see it, another time. It’s not a consciously willful act on their part; it’s a matter of believing in themselves and their competencies to observe, understand instruction, etc.–it’s a matter of ego and personal pride. It’s “Paris is the the spring” all over again!

When it comes to examining the parallels between these two examples and your own work/life situations, the questions become:

Years ago I delivered a “What do you do for a living?” presentation to my daughter’s grade four class. I hauled out a selection of fun and tricky exercises which I typically “play” on my adult audiences; just like my adult audiences, the children fell into all of the predictable traps. I shared my messages about reframing perspective, but couldn’t tell if the children were “getting it” until the “class clown”, Jeffrey, called my bluff. I challenged the class to quickly count, in unison, from one to ten. Then backwards. Easy enough. The next challenge was to recite the alphabet. Again, easy enough, but I could read on their little faces, “Where is Ms. Spencer going with this?” Next, “OK…now say the alphabet backwards!” Jeffrey’s response was truly priceless! 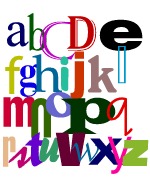 When I roll out this exercise during my keynote presentations at large annual conferences (especially those attended by hundreds of participants, where large audience responses are amplified), the roar of laughter at the thought of saying the alphabet backwards creates quite a moment of joviality! Most adults (and children, I discovered, too), will freeze, like a deer caught in the head lights, and laugh incredulously, at the vision of me standing there, waiting for them to begin, “Z, Y, X, W…”. Most people think it’s a joke and do not even try to take on my challenge. And, yes, for the most part, I do intend this challenge as a joke…to illustrate a point. And that point is this: why is it easy for most of us to say ten numeric noises forwards or backwards, and it’s easy for most of us to recite 26 alphabetical noises forward, but hard to confidently chant these same 26 alphabetical noises backwards? If we can say 26 numeric noises backwards, easily enough, why can’t we do the same with alphabetical ones? Hmmm.

I suspect that the reason most people laugh at the idea of reciting the alphabet backwards is because there is not any apparent value in learning something so seemingly silly-maybe for a parlour game, perhaps, or to be popular at your organization’s next meeting, but there isn’t any obvious value in learning how to recite the alphabet backwards for personal gain or career advancement. Or is there?

HR studies verify that employees are motivated most by things other than money, but I can prove that money is still a big motivator. I ask my audiences, “If I promised you one million dollars for successfully reciting the alphabet backwards, would you be willing to practice for an hour and try your luck? Most people reply they’d be out of their seats, pronto, and back in 15 minutes blithering to perfection the reversed alphabet! Whether at work, or in private life, many ideas or suggestions that are, at first, deemed impossible, can all of a sudden become worth while, if the motivation is right. It’s a matter of “WII-FM”…and I’m not talking about an American radio station! I’m talking about “What’s In It For Me”, and also about the sister acronym, “WII-FT…What’s In It For Them”. With the right motivation, something which you first declared impossible or too hard to do, can become worth the effort of the try.

Back to Jeffrey. At the challenge of reciting the alphabet backwards, Jeffrey waved his arm and flapped his hand at me, while shouting, “Oh, Ms. Spencer, Ms. Spencer! I know how to say the alphabet backwards!” He jumped up, turned around so that his back was now facing myself, his teacher and, most importantly to him, his classmates, and hollered, “A, B, C, D…” all the while, marching backwards! With the best, gushingly enthusiastic tone of voice and animation that I could muster, I congratulated Jeffrey for his quick and clever thinking, telling him, “Do you realize what you’ve just demonstrated? what you’ve just proved to yourself, your teacher and classmates? You took an idea that everyone thought was too hard, and then found a way to make it work! Do you know what they call this kind of thinking, in workplaces, Jeffrey? They call it ‘creative thinking’, ‘lateral thinking’, ‘problem solving’, or, to put that more positively, ‘solution oriented’. Employers are looking for you, Jeffrey! I have a hunch that you’ll do just fine when you go to work! ” 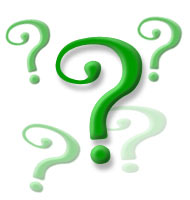 Since we’re into September now — the unofficial “New Years”, how about exploring some new perspectives of your own? Answer these questions:

Once again…it’s September…the unofficial “New Year”–everyone knows that! Rather than wait for the cold, dark, short days, and low emotional energy of January 1st to turn a new professional leaf, do it now…while there is still some life and vibrant colour left in those “leaves”! Perhaps a September “New Years” resolution to shift to new perspectives at work (and elsewhere) now-in September–will give you better, more permanent and positive results than those resolutions people strive for in the middle of winter! Carpe Diem! Tentada Via! Tuto e’ possibile! (or, in other, English words, “Seize the day; The way must be tried; Anything is possible!).